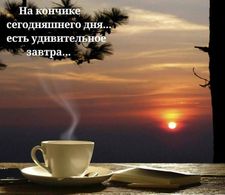 The ideas and results, published in a book "The atomic nucleuc theory(2017) ", got further development in a book. Basic attention is spared by the practical appendix of the new theory of atomic nucleus, that explains connection of composition of kernel with his properties, worked out by an author. The traditional tasks of nuclear chemistry are examined in part of receipt of rare and precious metals from more widespread and less valuable. It is shown that the receipt of the stable superheavy elements located after fermium is impossible. In theory absence of prospect of receipt of energy is reasonable by the guided thermonuclear synthesis. An author divides opinion of specialists asserting, that perspective direction of development of nuclear energy is combination of nuclear reactor and accelerating of protons. With the use of new theory of diplon possibility of creation of reactor is examined on heavy hydrogen. A book is counted on specialists and readers, interested in the problems of practical appendixes of theory atomic.